The Alvis 12/50 is a car introduced by the British Alvis cars company in 1923. It went through a series of versions, with the last ones being made in 1932. A range of factory bodies (made by Carbodies and Cross & Ellis) could be specified in two- or four-seat form, with either open or closed bodies

Alvis won the Brooklands 200-Mile race of 1923 with this engine in tuned competition form, and touring 12/ 50s entered production with 1598cc engines. The Super Sport versions had a shorter stroke giving only 1496cc, but allowing higher revolutions and power. While the touring cars could run
up to 65 mph, the tuned Super Sports could achieve well over 70 mph on the straight and level.Works driver Major C. M. Harvey's victory in that 1923 200-Miles race had formed the perfect base from which Alvis could launch their new model, for he had averaged no less than 93 mph for the distance, and his special car's fuel consumption was a remark- able 24 mpg. While the company endured various vicissitudes during the mid-twenties, the 12/50 Alvis cars went on to establish a remarkable popularity and they continued in production until 1932.

During that period various differing body styles were adopted, the chassis was stiffened, the separate engine subframe was replaced and, in 1924, front-wheel brakes were adopted.

Although the 12/50 was fairly expensive during its run it sold in larger numbers than any other comparable British 1 and half-litre car.

The first models were designated SA and SB and had a 1496 cc 4-cylinder overhead valve engine in a chassis with a wheelbase of 108.5 in (2,756 mm) for the SA and 112.5 in (2,858 mm) for the SB. The engines of these early cars were carried in a subframe bolted to the relatively slender ladder chassis. The SA usually carried two-seat bodywork; often the classic so-called "duck's back" style named after its pointed rear end, which was said to resemble that of a duck. The SA and SB 12/50s were built with brakes on the rear wheels only. All the 12/50s had a four speed non-synchromesh gearbox with right hand change. The cars were right hand drive.

The SC arrived in Autumn 1924 for the 1925 model year with a larger 1598 cc engine (unless the 1496 cc unit was specified for sporting use) and, like all the remaining cars, the longer chassis. Front wheel brakes were offered as an option on this model.

A new stronger chassis was designed and used for the TE of 1926, which had its engine enlarged again to 1645 cc, and the TF of the same year which retained the smaller 1496 cc version. A single-plate clutch replaced the previous cone type, and for these and all subsequent 12/50s the engine was bolted directly to the chassis, dispensing with the subframe of previous models. From the TE and TF models onwards four-wheel brakes were fitted as standard.

The TE and TF were superseded in 1927 by the TG and SD with large and small engine respectively. The TG was the standard 'touring' model, while the SD - powered by the 1496cc engine, now fitted with a large-port cylinder head - satisfied the needs of the sporting motorist. Also available in this year was the TH, which had the gearbox and rear axle ratios of the 'touring' TG, but the sub-1500cc engine of the SD. The TG and SD models were available until 1929.

The 12/50 was withdrawn between 1929 and 1930 when the company decided that the future lay with the front-wheel drive FD and FE models, but when these did not reach the hoped for volumes a final version of the 12/50 was announced as the 1645 cc 1931 TJ continuing until 1932. The TJ is referred to by Alvis historians as being from the 'revival period', and it differs from its predecessor in a number of ways, notably coil instead of magneto ignition, deep chromed radiator shell, and rear petrol tank in place of the scuttle-mounted tank on most older 12/50s. 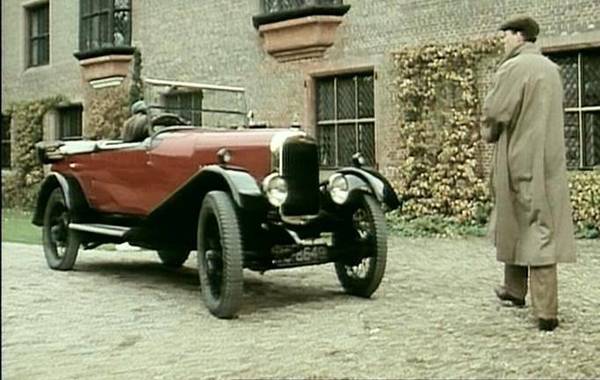