The Alpine A110 is a rear mid-engine, rear-wheel-drive sports car introduced by French car manufacturer Alpine at the 87th Geneva International Motor Show in March 2017. Deliveries are slated to begin in late 2017 for Continental European markets, and in 2018 for the UK and Japan. Both in name and design the new A110 harks back to the original Alpine A110 produced from 1961 to 1977.

The A110 offers a choice of three driving modes. Using the Mode Selector function, the driver can switch between Normal, Sport or Track to adjust throttle response, steering assistance, gearshift speeds, exhaust sound and ESC level to suit the driving conditions.

Weighing just 13.1kgs each, the one-piece Sabelt bucket seats offer excellent support on the racetrack while also contributing to the overall lightness of the A110. Six-way adjustable comfort seats, which are still very light, are also available.

The flat-bottomed sports steering wheel, which incorporates the Mode Selector button, is trimmed in leather and microfibre fabric. Adjustable for rake and reach, the steering column also houses the pair of aluminium gearshift paddles. 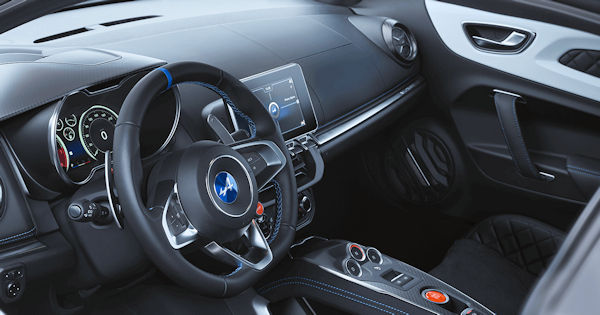 Based on an all-aluminium construction, the A110 is powered by a 1.8-litre turbocharged 16-valve inline-four engine mated to 7-speed dual clutch transmission.

A110 can sprint from 0 to 60mph in just 4.3 seconds and still return an impressive 46.3mpg average fuel economy.

The powerful and durable brakes, are supplied by Brembo. 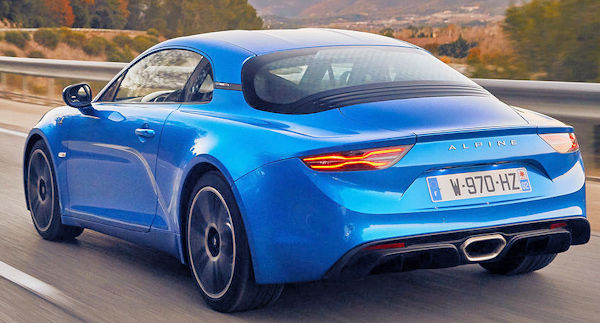