The Allard V12 is an open sports car , which was manufactured by the British company Allard from 1938 and could also be used in motorsport . The cars were not built in series, but only on customer request.

Together with his one year earlier offered sister model V8 emerged until 1939 twelve copies, including only three with the V-12 engine. Versions of the facilitated "Special" for the trial / off -road sport to the elegant four-seat sports touring were available. At least one V-12 sports tourer built bodybuilding company Whittingham & Mitchel . Other coachbuilders working for Allard at the time were Coachcraft and Ranalah .

In 1939, the production was discontinued due to the war . A successor to the V12 did not exist after the war. 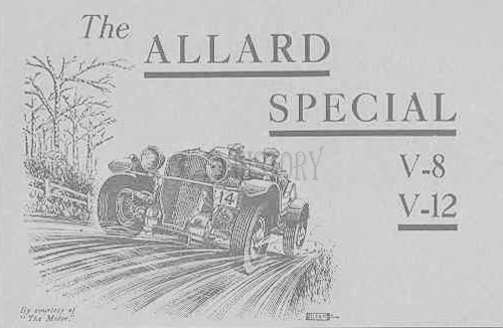