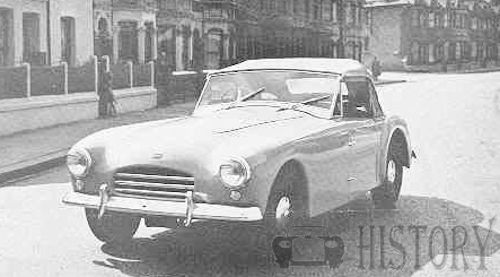 The Clapham-based concern launched an entirely new and rather smaller Allard, which was called the Palm Beach. It could not have been born at a worse time, for at the same Earls court Motor Show the Austin-Healey 100 and the Triumph TR prototypes also made their first appearances. 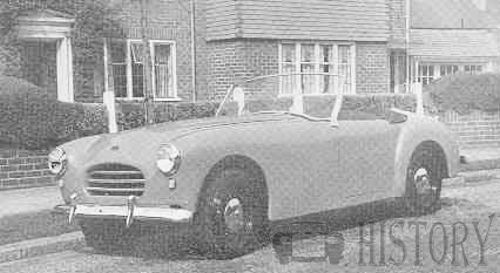 The Palm Beach's layout was technically very much like that of the latest big engined Allards, with a twin-tube style of chassis frame, and divided axle coil spring
independent front suspension. Power was by courtesy of Ford, with the option either of the four-cylinder Ford consul 1.5-litre engine, or the related six-cylinder 2.2-litre Ford Zephyr engine There was one V8 model built to special order for an Argentinian customer, supplied new with a 4.0-litre Dodge 'Red Ram' engine,the gearbox, however, was converted from steering column to floor operation.

There was a simple open sports two/three seater body style, which in true Allard fashion was simply, even starkly, furnished. 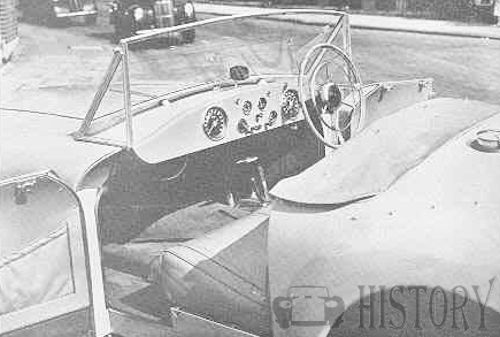 The problem with this model was that it was both too slow and too expensive compared with the new quantity-production British models, and sales were extremely
low and hard to find. The Consul-engined car was an absolute flop .Only eight cars were sold  and even the Zephyr-engined car only sold to the tune of 65 examples. An attempt to boost the image by offering an alternative closed-coupe style failed.

According to Allard's public announcements, private car production was 'to special order' from 1956, though in truth sales had virtually dried up by that time in
any case. In the next three years seven Mk Il Palm Beach models were built, with Jaguar, Chrysler and Ford engines, but this was really a case of the corpse twitching
after death had occurred. After this, Allard reverted to marketing performance conversions for Ford cars, and building special engineering items for vehicles like
Greater London Council ambulances. No other Allard car was ever put on sale. 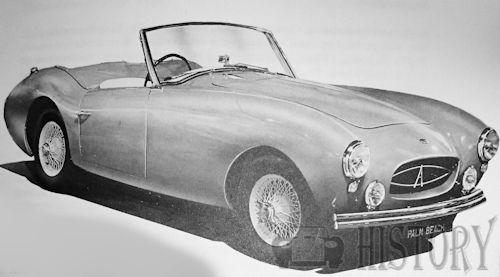 Introduced in 1956, the Mark II Palm Beach dropped the four-cylinder option, and introduced the availability of a Jaguar sourced six-cylinder 3.4-litre (3442 cc) engine. with a Mark II introduced in 1956. Based on the chassis of the K3, but with only four or six cylinder engine options. Production only reached 80 units by the end of 1958 when manufacturing of the Palm Beach ended.

From 1956 to 1959 a handful of Mk Il Palm Beach models were built with Zephyr, Jaguar or Chrysler engines. Two were fixed-head coupes. 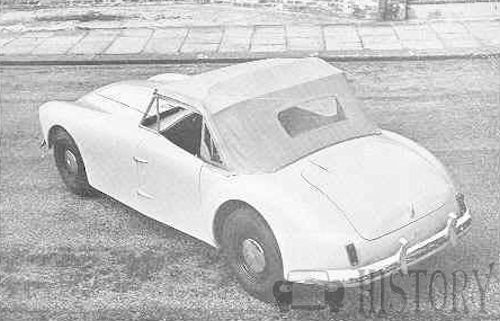