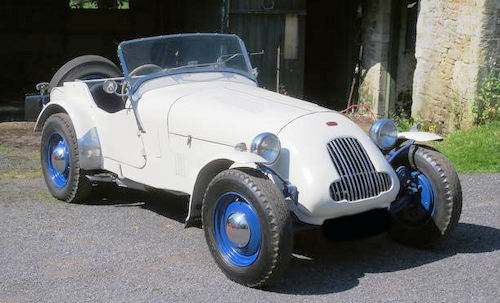 Built from 1946-1947, the J1 was released as a two-seater competition car together with the K1 touring two-seater and the L- Type touring 4-seater.

The J1 was a starkly trimmed and equipped 2-seater competition car on a 100 inch wheelbase. Only 12 were produced and went only to buyers who would rally them.

They had good ground clearance and the front wings were removable. Like all early Allards the front suspension was independent with a quaint divided-axle that made the cars handle very strangely at times.