The Alfa Romeo Vola is a concept car designed by Leonardo Fioravanti. Most interesting feature is a rotating glass roof. The deck lid hinges are concentric with the top, so the entire trunk volume is available and accessible, top up or down. The same idea was later used in Ferrari Superamerica from 2005, also designed by Fioravanti. Originally livered in black with red interior, Vola shown at the 2005 Geneva Motorshow with a red paint and brown upholstery. In 2008 rear butresses were remodelled similar to Ferrari Superamerica. 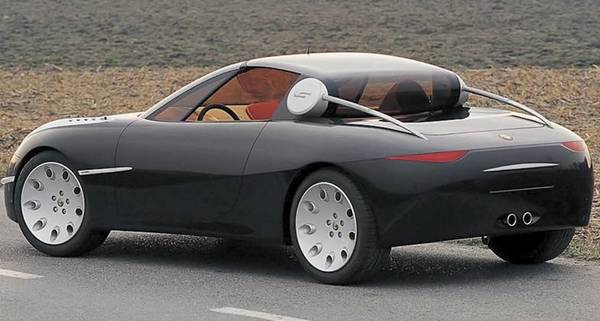