The prototype is on display at the Alfa Romeo History Museum in Arese, Italy. 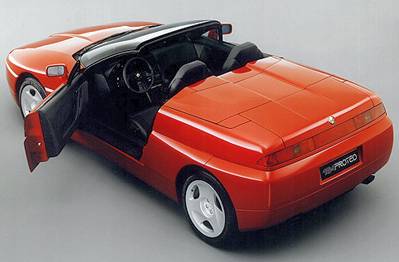