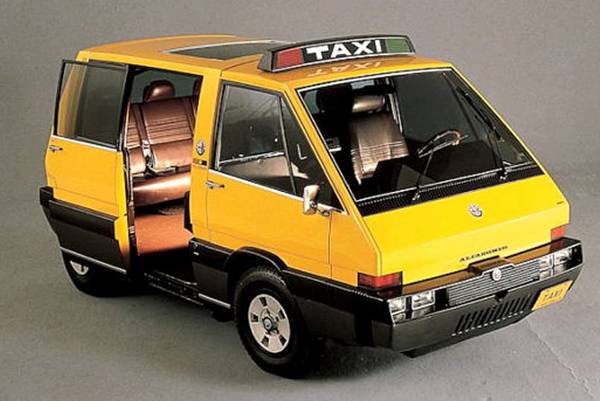 The Alfa Romeo New York Taxi is a concept car designed by Giorgetto Giugiaro of Ital Design in 1976 at the invitation of New York Museum of Modern Art.

It is based on the front-wheel drive running gear of the Alfa Romeo F12 van, including a 1.3L petrol engine and independent suspension front and rear. 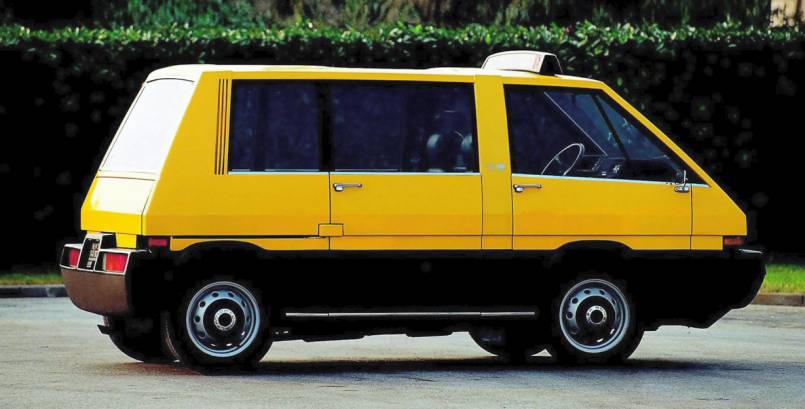 Giugiaro's concept is all about space efficiency, which should obviously be the most important thing in a vehicle intended to transport people through a crowded city. It's less than 160 inches long, so like a Ford Fiesta hatchback, yet it had seating for four people in addition to the driver.

It also had sliding doors on either side, which was a concept that wouldn't really be adopted by anything until the Nissan Stanza Wagon 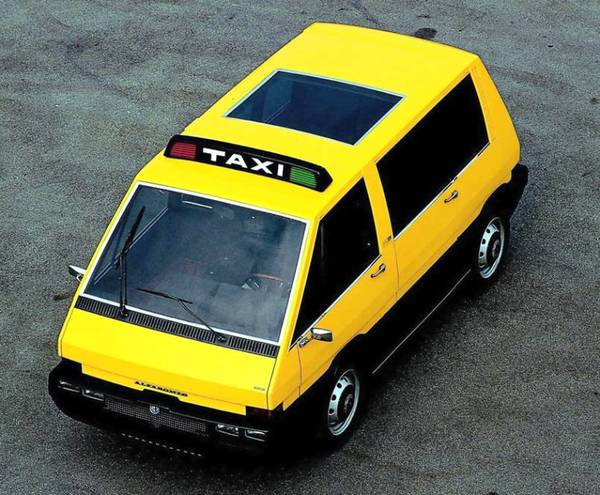 Some of the concepts explored with the New York Taxi were expanded upon with the Lancia Megagamma, a less boxy, more streamlined prototype that gave form to the modern multi-purpose vehicle (MPV). 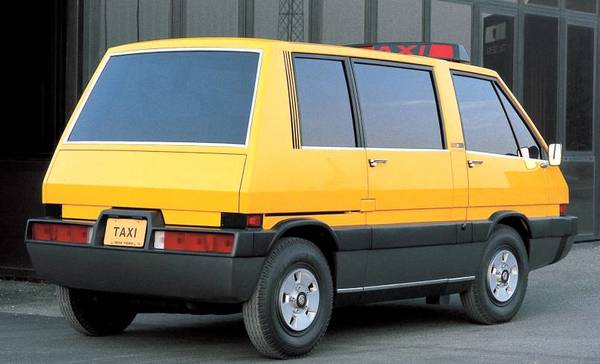