The Alfa Romeo BAT is an Italian concept car. The car originated in a joint collaboration project between Alfa Romeo and the Italian design house Bertone that began in 1953. Of the successful project came three cars: the BAT 5 in 1953, the BAT 7 in 1954, and finally the BAT 9 in 1955. All three cars were designed by Franco Scaglione.

Alfa Romeo contacted Giuseppe "Nuccio" Bertone of the Bertone design house in order to commission three concept vehicles with extensive research on the effects of drag on a vehicle. The idea was to create vehicles with the lowest possible drag coefficient. The cars were named BAT for "Berlinetta Aerodinamica Tecnica." All the cars featured large rear bumpers and curved fins, truly a unique design. They were built upon the Alfa Romeo 1900 chassis. Each year between 1953 and 1955 at the Turin Auto show, Bertone and Alfa Romeo presented a BAT concept, the BAT 5, 7 and 9.

The cars were successful in their goal, the best achieving a drag coefficient of 0.19, an achievement even by today's standards. For each of the cars, Alfa Romeo provided a five-speed gearbox and a powerful four-cylinder engine that produced more than 90 horsepower (67 kW), good enough to propel the car to a top speed of 125 mph (201 km/h).

All three original BATs have been restored and are on long-term exhibition at the Blackhawk Museum in Blackhawk, California since 2005. They also make appearances at car shows such as the annual Concorso Italiano in Monterey, California. 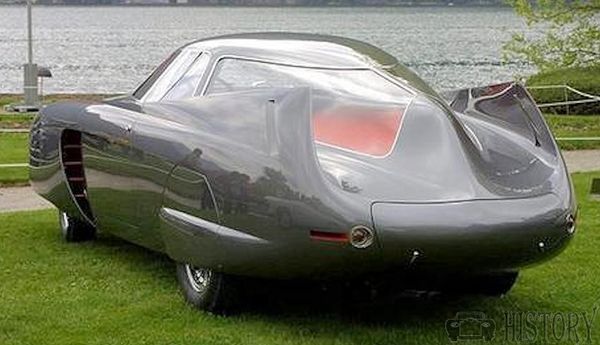 The BAT 5 was the first of the Bertone-Alfa Romeo BAT project. It was first shown at the Turin Auto show in 1953. The design of the model was based on a study of aerodynamics. The shape of the front in fact aims to eliminate the problem of airflow disruption at high speeds. The design also aims to do away with any extra resistance generated by the wheels turning, as well as achieving a structure which would create the fewest possible air vortices. In practice these rigorous criteria would allow the car to reach 200 km/h (120 mph) with the 100 hp (75 kW) engine mounted as standard.

The design that Bertone came up with was for an extremely light car (1,100 kg (2,400 lb)), the ultimate in streamlining, with side windows at a 45 degree angle with respect to the body of the car and a large windscreen which blends in perfectly with the almost flat roof. The most surprising part of the car has to be the tail, with the length-ways rear windscreen divided by a slim pillar, and the two fins tapering upwards and slightly inwards, for a highly aesthetic finish. There was no shortage of positive feedback: the car was an immediate hit for its aerodynamics and noteworthy stability at high speeds. Bertone had solved the problem of aerodynamic stability, creating a car with an excellent index of penetration, with a Cd of 0.23. 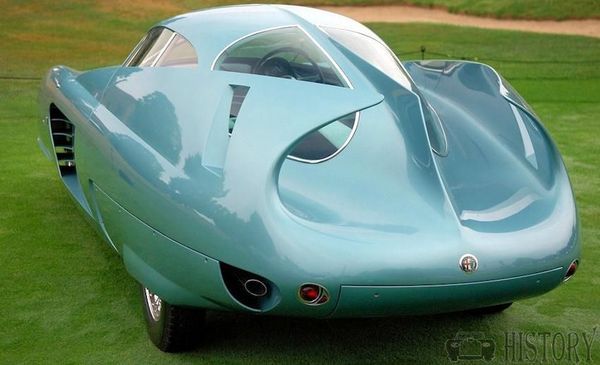 The second BAT to be shown at the Turin Auto Show, this time in 1954, a year after the BAT 5. The BAT 7 took up the styling dictates of the previous model, the BAT 5, and worked them to the limit. For this 1954 design, as for the other BAT models, though less evidently, Bertone added some elements from his experience working on wing profiles in the aeronautical industry. The result was the exaggerated shape of the large, curved tail fins.

The nose was lower than the BAT 5's, and the protrusions where the headlights would normally be found stuck out even further. The headlights were located next to the nose and moved to point down when used. Even Fiat's experimental one-off wind-tunnel-derived Turbine car, the Turbina, which also made its debut at the show, seemed tame in comparison. The Cd was 0.19. 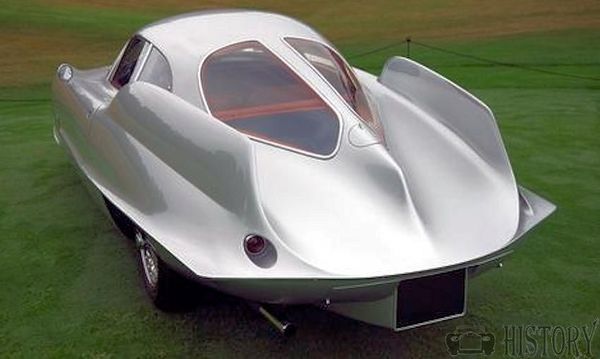 The third and final BAT car to be made and shown at the Turin Auto show was the BAT 9. It was made to look more like the current Alfa Romeo models than the other BATs had.

The BAT 9 did away with the marked wing lines of the previous models in favour of a cleaner, more sober line. The tail fins, which in the other two models, 5 and 7, had a real wing-like look, were sized down into two small metal plates, much like the tail fins in production on American and some European cars of the time. Bertone transformed the highly creative styling of the two previous BAT models into design credibility, abandoning the extremes of the other designs.