The first Alfa Romeo lorry was built in 1914 using the 20/30HP chassis. The company built also other commercial vehicles during the early days of the company, in 1954 a new small van family was created, the "Autotutto" ("all purpose"). This line of vans continued to be built until 1983, and was succeeded by relabelled Fiat and Iveco commercials. 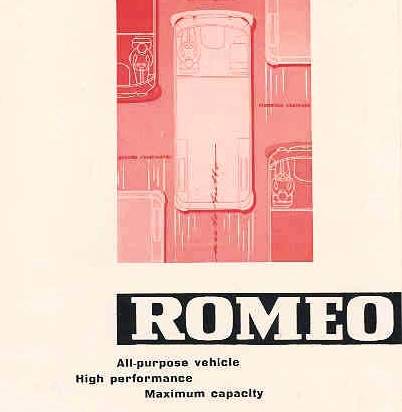 The first Alfa Romeo T10 "Autotutto" ("all purpose") was presented in 1954 Turin Motor Show as panel and minibus version. Later more versions came available as Alfa Romeo made themselves with very many body versions: van, high roof van, "Promiscuo" (van with additional side windows and rear seating), minibus, school bus, ambulance, pick-up, drop-side truck and double cab truck. In addition to this many coachbuilding companies made their own versions. The van used the 1,290 cc Alfa Romeo Twin Cam straight-four engine with 35 bhp (26 kW) and it had top speed of 60 mph (97 km/h). This engine was later used on Giulietta Berlina. The two-cylinder supercharged diesel version had 30 bhp (22 kW).

The updated Romeo 2 version was introduced in 1954, it was assembled in Italy and also built under license in Spain by FADISA (Fabricacion de Automoviles Diesel S.A.), this Spanish version had a 1.6 liter Perkins 4/99 diesel engine and a gearbox with synchro on all forward gears.

The final version Romeo 3 was introduced in 1966. The Romeo 3 had some improvements like hydraulic clutch and adjustable driver's seat. The Romeo 3 had a production run of only some 6 months or so before being replaced by the Giulia 1300 engined F12 and A12 models. In all, some 23,000 Romeos had been produced between 1954 and 1966. 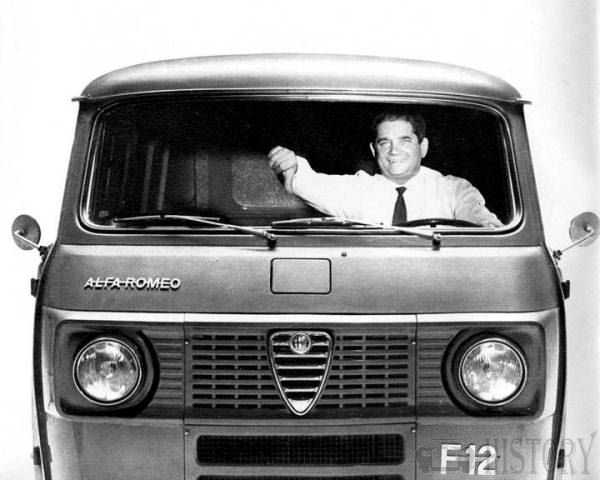 The Autotutto was replaced with Giulia engined Alfa Romeo F12 and A12 vans in 1967.

Motor Ibérica took over of FADISA in 1967, this company made Ebro trucks and these FADISA trucks were merged to this same division. As a result, the Alfa Romeo F12 was named as Ebro F-100 in Spain and after the facelift it was sold as the F-108. In 1987 Nissan Motors took control of Motor Ibérica and Ebro trucks were renamed "Nissan Trade". They continued to be made until the beginning of the 2000s at the Ávila plant in Spain.

Between 1967 and 1971 a "light" A11 or F11 version was also available. This has a lighter payload and a lower horsepower rating. All Alfa Romeo vans were facelifted in 1977 with a new black plastic radiator grill, and chrome badging was replaced with black adhesive stickers. Production stopped in 1983. The total production of all A11, A12, F11, and F12 was around 17,300 units.

Some Fiat and Iveco models were also marketed as Alfa Romeos. The AR8 was based on the first generation Iveco Daily, and the AR6 was a rebadged first generation Fiat Ducato. They both received Alfa Romeo's traditional shield-shaped grille.