The 182B variant was tested for the first time at the 1982 Belgian Grand Prix at Zolder; this version was 12 centimetres (4.7 in) narrower and had a new exhaust and side skirts.

At the Italian Grand Prix, a turbo variant of this car, designated 182T, which carried a V8 turbo engine was tested by Andrea de Cesaris. It was not used in the race though.This version was derived from the 182D version. The 182T was converted to one of five 183Ts later next year. 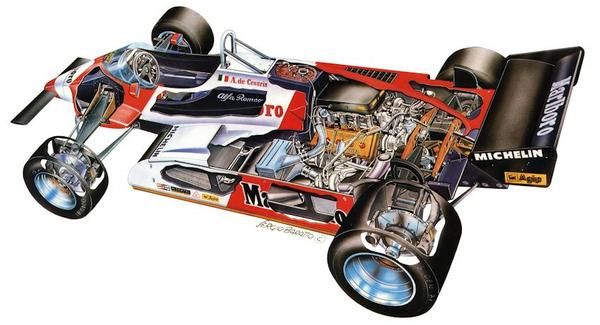