Designed by Bertone and introduced at the 1984 Turin Motor Show, the 90 was pitched between the Alfa Romeo Giulietta (nuova) and the Alfa Romeo Alfa 6, both of which were soon discontinued after the 90's launch. The car used the Alfetta chassis (including its rear mounted transaxle) and took its engines from the larger Alfa 6. The bodywork was similar to both, albeit modernised. One notable feature of the 90's design was small chin spoiler which extended above a certain speed to aid engine cooling. Its angular lines with integrated bumpers gave the car a neat look consistent with the period, however the aerodynamics suffered with a drag coefficient of (Cx) 0,37. 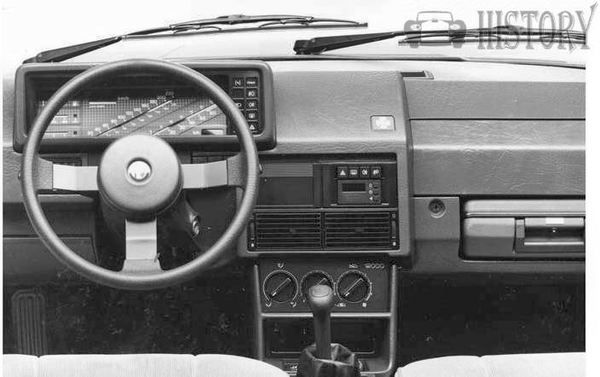 The 90 was revamped in 1986 with many minor changes throughout, the most obvious exterior change being a new grille with smaller horizontal slants. Total 56,428 cars were sold within 4 years.

The 90 was made only as sedan but in 1985 Carrozzeria Marazzi developed an Alfa 90 Station Wagon prototype, only two cars were made. 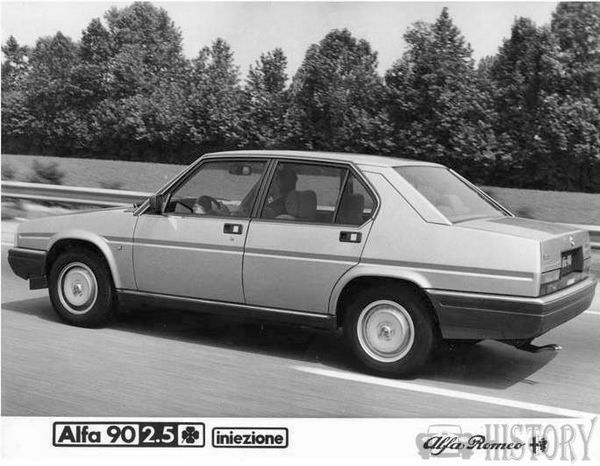 The 2.0 V6 version was dedicated to the Italian market, the cars over 2.0 liters had a "surcharge" substantial at the time. It was equipped with innovative electronic injection system CEM (Controllo Elettronico Motore), developed by Alfa Romeo subsidiary SPICA. It manages the opening time of the injectors and the ignition depending on the angle of butterflies, one per cylinder unlike the Bosch Jetronic used in 2.5 V. 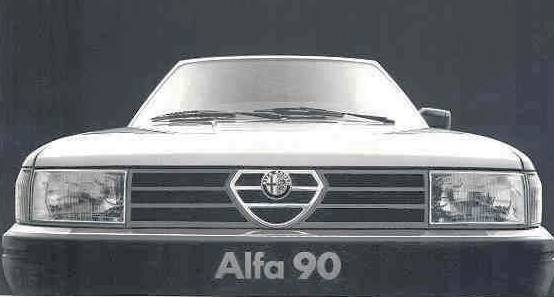