The 1750 Berlina was based on the existing Giulia sedan, which continued in production. The 1750 was meant to top the sedan range, above the 1,300 cc and 1,600 cc versions of the Giulia. In the United States, however, the Giulia sedan ceased to be available and was entirely replaced by the 1750 Berlina.

In contrast to the Giulia, the 1750s had reworked bodywork and bigger engine, shared many parts with other concurrent models in the Alfa Romeo range, but sold much less units during their production span.

The 1750 bodyshell had a longer wheelbase than the Giulia, and revised external panels, but it shared many of the same internal panels. The windscreen was also the same. The revisions were carried out by Bertone, and while it resembled the Giulia some of that vehicle's distinctive creases were smoothed out, and there were significant changes to the trim details. The car's taillights were later used on the De Tomaso Longchamp.

The car has a 1,779 cc twin-carb engine and hydraulic clutch. The 1.8 L engine produced 118 PS (87 kW; 116 hp) with two twin sidedraught carburettors. For the US market the 1750 was equipped with SPICA fuel injection.

In 1971, the 1750 Berlina was fitted with an experimental three-speed ZF automatic gearbox. The model designation was 1750A Berlina. According to official Alfa Romeo archives, 252 units were produced with very few surviving to this day. Some of 1750A Berlina didn't have the model plate with production date embossed. The automatic gearbox wasn't well-suited to the four-cylinder motor due to baulky shifting and ill-chosen gear ratio. Because of this, its fuel consumption was frighteningly high and acceleration was a bit too slow. 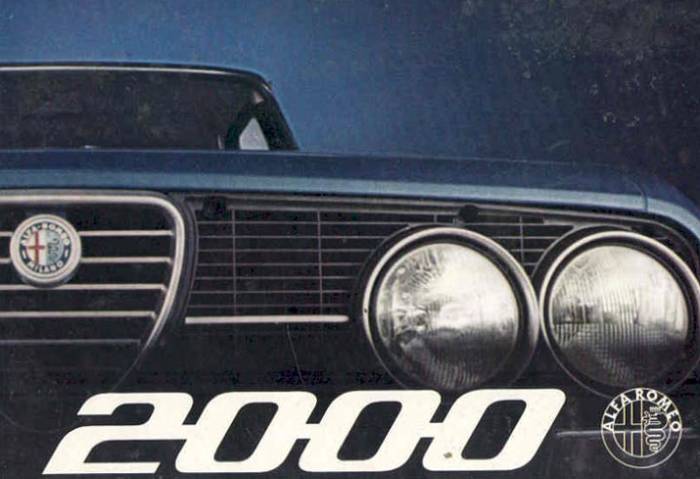