The Alfa Romeo RL was produced between 1922-1927. It was Alfa's first sport model after World War I. The car was designed in 1921 by Giuseppe Merosi. It had a straight-6 engine with overhead valves. Three different versions were made: Normale, Turismo and Sport. The RLTF (Targa Florio) was the race version of RL - it weighed half of normal versions, the engine had seven main bearings instead of four and double carburetors. In 1923 Alfa's race team had drivers like Ugo Sivocci, Antonio Ascari, Giulio Masetti and Enzo Ferrari. Sivocci's car had green cloverleaf symbol on white background and when he won Targa Florio 1923, that symbol was to become the Alfa team's good luck token. 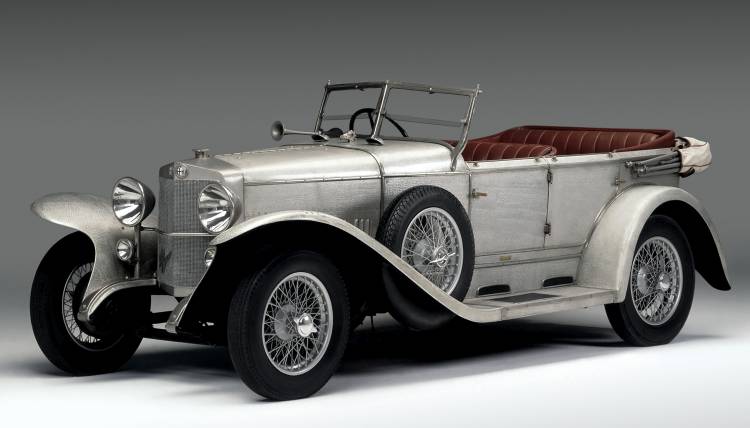