In 1970 the first significant change to the exterior styling was introduced on the 1750 Spider Veloce, with the original's distinctive elongated round tail changed to a more conventional cut-off tail, called the "Kamm tail", as well as improving the luggage space. Numerous other small changes took place both inside and out, such as a slightly different grille, new doorhandles, a more raked windscreen, top-hinged pedals and improved interior trim.

1974 saw the introduction of the rare, factory request, Spider-Targa. Based upon the Spider, it featured a Porsche style solid rear window and lift out roof panels, all made out of black GRP type material. Less than 2,000 models of such type were ever made and was the only part solid roof Spider until the introduction of the factory crafted hard top.

The 1300 and 2000 cars were modified in 1974 and 1975 respectively to include two small seats behind the front seats, becoming a "two plus two" four seater. The 1300 model was discontinued in 1977. Also, between 1974 and 1976, the early-style stainless-steel bumpers were discontinued and replaced with black, rubber-clad units to meet increasingly stringent North American crash requirements. 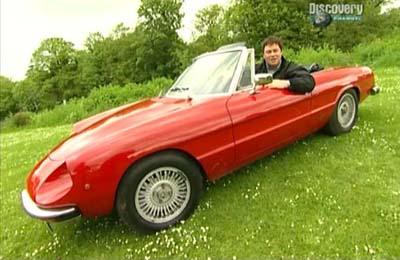