The Alfa Romeo Twin Cam engine was introduced in the 1290 cc Giulietta of 1954. The features of the Giulietta engine included:

This made the Alfa Romeo Twin Cam engine an advanced design for a production car of the mid-1950s. These design features, with minor variations, would form the basis of all future versions of the engine. The capacity was increased to 1570 cc with the introduction of the Giulia in 1962. Racing versions of the Giulia engine, include the twin plug engine used in the GTA which featured a cylinder head with two spark plugs per cylinder.

In 1987, the Alfa Romeo 75 was fitted with a twin spark plug per cylinder head design, which provides improved fuel ignition and allows an improved combustion chamber shape with narrower angle between intake and exhaust valve. This was combined with variable valve timing and electronic fuel injection to give a power output of 148 PS (109 kW; 146 bhp).

Production of the Alfa Romeo Twin Cam ended in 1994, by which time it had been superseded by the newer 16 valve Twin Spark engine. 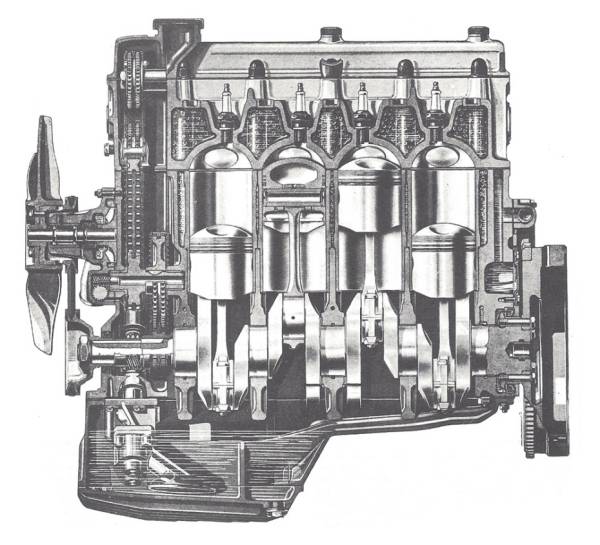