Automotive Manufacturer: of London Great Britain from 1916 to 1980. 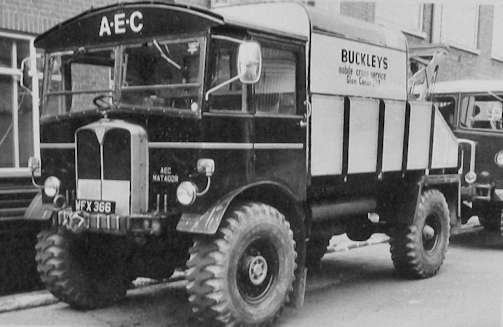 Associated Equipment Company ( AEC for short ) is the name of a former British manufacturer of buses and other commercial vehicles .

In 1912, the Associated Equipment Company (AEC) was founded in Walthamstow , East London , to manufacture buses for the London General Omnibus Company (LGOC).

The first trucks (trucks) from AEC were introduced in 1916.  LGOC 'B'-Type bus with flitched wood/steel chassis frame and worm-drive, offering a 32.hp 4-cyl alternative to the original 28.9hp petrol engine. Some single-deck 'B'-Types. with experimental all-steel chassis, appeared in 1915, followed by the all-steel chassised 'Y '-Type, constructed on the first moving-track commercial vehicle assembly line in Europe. Over 3/4-ton "subsidy" trucks were supplied on this chassis during World War I, making AEC the largest British supplier of "subsidy" models at that time.

After the First World War there were also civilian versions. From 1926 to 1928 there was a joint venture with the British Daimler Motor Company . During this time trucks were sold with the brand name ADC (Associated Daimler Company).

From October 1928 Four Wheel Drive Motors Ltd and Hardy Rail Motors Ltd entered into an agreement with AEC whereby they would use AEC components for all cross-country models, marketing these as FWD-England or, from 1931, as Hardy, to avoid built FWD. In 1930 the bonneted 'Ranger' passenger model appeared, and also the first AEC diesel engine — a lightweight high- speed design — became optional for most models from 1931.

In 1929, the bus chassis AEC Regent , which was produced at various stages of development until 1959, also appeared by the thousands for London Transport as types STL, RT and RLH.

In 1935 some 6-wheeled passenger models known as NGTs Northern General Transport Co Ltd, and working in conjunction with the London Passenger Transport Board the company developed a prototype double-decker in 1938 to replace the original 'Regent'. Designated the A185, this became London's standard passenger model — the world-famous 'R T' — the last of which was not withdrawn until 1979. Civilian production ceased in 1941 to concentrate on military equipment. Most famous was the 10-ton 4 x 4 'Matador' gun tractor developed from the old Hardy 4x4 and there was also a 6x6 version which was used by Coles Cranes Ltd as a basis for its lorry-mounted cranes.

The successor of the Regent was from the late 1940s developed semi-integral double-decker Routemaster with a self-supporting body made of aluminum, which was produced from 1959 to 1968 (prototypes from 1954).

In 1948 AEC took over the competitors Crossley and Maudslay . In the same year, the company name was changed to Associated Commercial Vehicles (ACV), but the brand names continue to be used. Crossley models were produced until 1956, Maudslay models until 1960. New AEC plants were also built in South Africa , Spain , Portugal , Belgium and South America . AEC also supplied diesel engines to Willème in France , Vanaja in Finland , OMT in Italy andVerheul in the Netherlands . The production of dump trucks was started in the Maudslay factory . In 1961 the competitor Thornycroft was taken over.

1962 AEC was taken over by the largest British competitor Leyland Motors . This was followed by a streamlining of the type program of AEC and the foreign shareholdings were gradually reduced. New truck models from AEC were equipped with uniformly manufactured cabs from the Leyland Group. Finally, in 1980, the last model was delivered under the AEC brand. 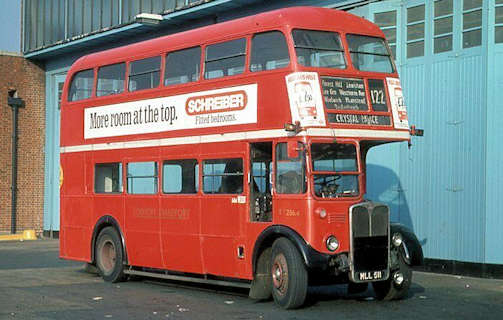