The AEC Matador was a British World War II lorry produced by the Associated Equipment Company from 1938 to 1953. The Matador formed the backbone of the transport and supply forces of the British Army throughout the Commonwealth .

This was used both as a transport vehicle as well as a tug for artillery, such as the 94 -mm anti-aircraft gun Mk I. The Matador formed the intermediate piece between Morris C8 for lighter weapons and the heavier Scammell Pioneer . From the Matador some variants were built and used parts for new vehicles. Thus, the pallet and landing gear, combined with the AEC armored vehicle driver's cab and the Ordnance QF-6 pounder 7-cwt anti -tank gun, formed the AEC Mk I Deacon . Other variants were command vehicles, equipped with radios, repair vehicles with crane and additional winches and tankers. For the British Army and RAF A total of 9000 AEC Matador were manufactured.

The Matador proved to be a very versatile vehicle. The chassis was designed so that embankments and terrain elevations could be easily overcome by the far front wheels. Most trucks of that time still had a simple drive, the Matador could already come up with an all-wheel drive. The top speed was 48 km / h (30 mph). The rear superstructures could be converted quickly. Standardized was a tarpaulin cover for the loading area. The command vehicle received a box with loop antenna. 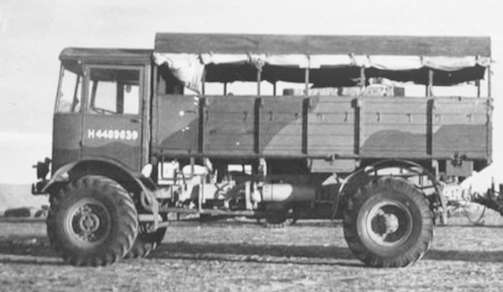 The tank version had a three-axle drive and was able to carry 2500 gallons of fuel in its tank. In the repair version of a shortened box body was attached to the bow and stern was a winch, also a small crane on the back. Even after the war, the matador remained on duty. Discarded specimens were used everywhere and proved themselves mainly because of their off-road characteristics in forestry. 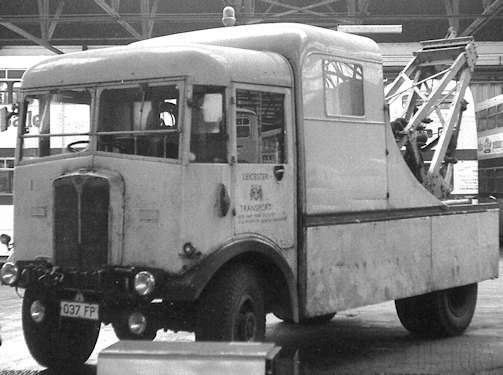