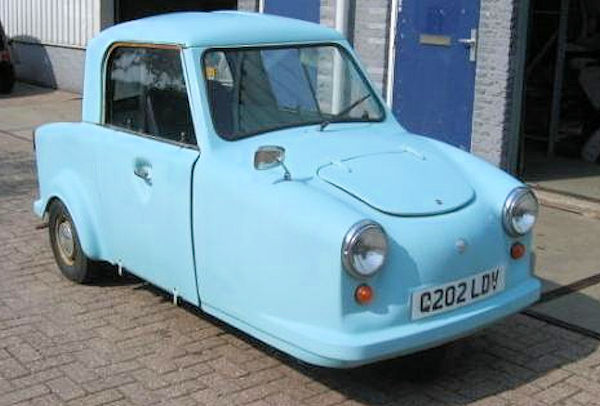 The AC Invacar was a small vehicle adapted for use by disabled drivers.

In 1948, Bert Greeves adapted a motorbike with the help of his paralysed cousin Derry Preston-Cobb as transport for Derry. Noticing the number of former servicemen injured in the Second World War they spotted a commercial opportunity and approached the UK government for support, leading to the creation of Invacar Ltd.

Early vehicles were powered by an air-cooled Villiers 147 cc engine, but when production of that engine ceased in the early 1970s it was replaced by a much more powerful 4-stroke 500 cc or 600 cc Steyr-Puch engine, giving a reported top speed of 82 mph (132 km/h). During the 1960s and 70s the Invacar, with its modern fibreglass shell and ice-blue colouring nicknamed Ministry Blue after the Ministry of Health, was produced in the tens of thousands. Developments including an extended wheelbase, wider track and use of Austin Mini wheels saw the Invacars right through to the end of the final DHSS contract in 1977. More than 50 variants were produced. 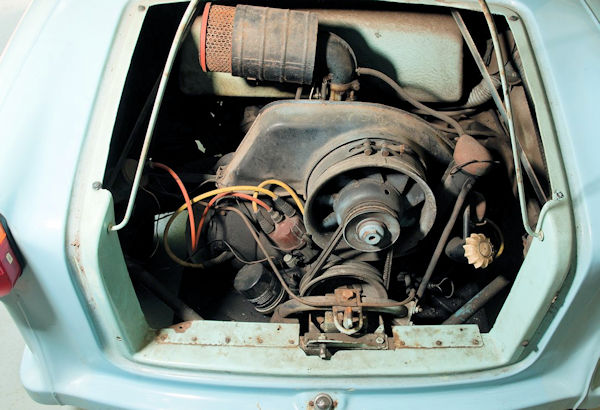 On 31 March 2003 all Invacars owned by the government were recalled and scrapped because of safety concerns. The veteran vehicle could not meet modern-day government regulations, which required approval under the Motorcycle Single Vehicle Approval Scheme as part of a standard set by the European Union. There were still around 200 Invacars in Britain before the 2003 recall and scrapping programme. Hundreds of stockpiled Invacars in government warehouses were scrapped along with all their spare parts. A few examples survive in the hands of private owners and museums in Britain and abroad. Invacars can still be used on UK roads, only vehicles owned by the government were scrapped in 2003.

All Invacars were owned by the government and leased to disabled drivers as part of their disability benefit. Their use had been in decline since the introduction of the Motability scheme, which offers disabled drivers a conventional car with modified options.