The Fiat 124 Spider is a sports car model of the Italian car manufacturer Fiat . It is based on the latest Japanese Mazda MX-5 roadster and is built together with the Mazda plant in Hiroshima . In contrast to Mazda, the Fiat 124 Spider comes with turbocharging available. The name is a reminiscence of the Fiat 124 built between 1966 and 1985 , which was also available as a Spider roadster. 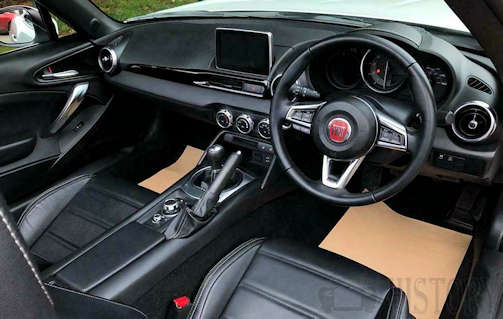 The world premiere had the 124 Spider at the Los Angeles Auto Show in November 2015, the first vehicles in Germany were delivered in June 2016 at prices starting at 23,990 euros. 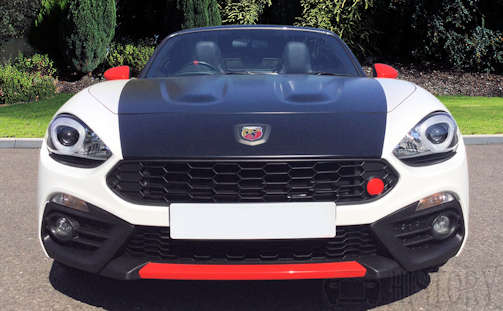 For the market launch, the first 124 vehicles were sold as special model 124 Spider Anniversary with exclusive equipment and a numbered plaque in the interior. At the Geneva Motor Show in March 2016 debuted Abarth version with 125 kW (170 hp). It is available since September 2016.At the Geneva Motor Show 2018 Abarth presented the 124 GT. This is only available in a gray livery and has a 16 kilogram hardtop made of carbon.

The 124 Spider is essentially based on the new Mazda MX-5 (ND). However, the gearbox of the 124 Spider comes from the third MX-5 generation (NC). The suspension is apart from some marginal differences in the suspension also from the MX-5 (ND). The body is 14 cm longer, the interior is except for the Fiat emblems and something higher quality features just as it can be found in the ND. The most striking difference is the 1.4-liter turbocharged engine used by Fiat, as the MX-5 also uses a naturally aspirated engine in the fourth generation. In the US market, the Fiat 124 Spider is offered at the same capacity with 160 hp and optionally an automatic transmission .On the basis of the Fiat 124 Spider, the Abarth 124 Rallye was developed by Fiat's tuning subsidiary for use in rallying according to FIA RGT regulations . It has a 220 kW (300 hp) 1.8 liter turbocharged engine. 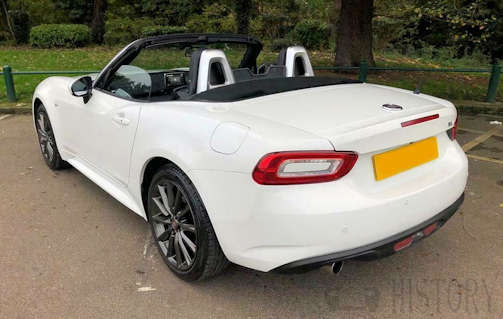