The Abarth Simca 2000 was an Italian high-performance automobile produced in the 1960s as a collaborative project of the Simca and Abarth companies in Turin, Italy.

The car's radiator-cooling inlet was a low-set oval in a forward-thrusting nose; there was no obvious forward bumper. The two headlights were set under transparent fairings. The bonnet was long and markedly sloped. Its windshield was more highly sloped than most contemporary vehicles. An upturned air deflector was mounted atop the rear trunk.

The gasoline tank was filled through a lid-covered cap located at the upper-right hand corner of the nearly-flat rear window. 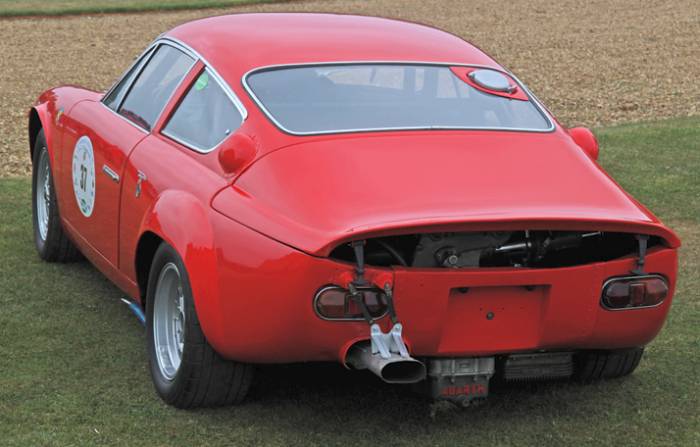